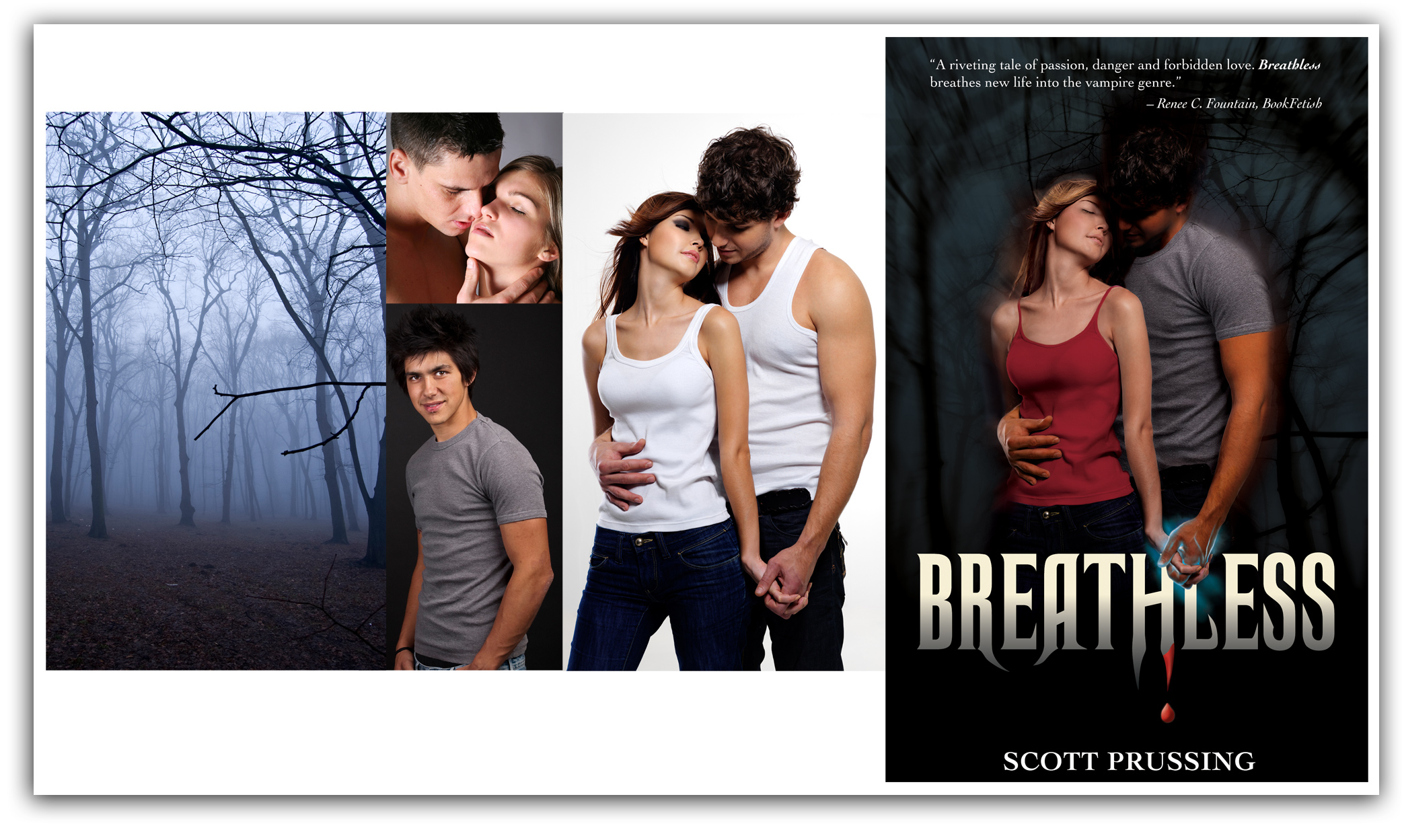 LEESA
“…Like so many young girls, Leesa had always underestimated her looks. For her, it was a combination of her innate shyness and her bad leg making her feel less than normal. But her wide blue eyes were striking, her smile broad and white, and her long blond hair swung teasingly when she limped…
…Leesa’s body began to tingle as the Maston guy draw nearer. This was crazy. One smile, and already her knees felt week. He was even better looking than she remembered—his bronze skin flawless, almost like marble in its smoothness, his smile wide and especially bright against his dark complexion. His coppery hair glinted in the moonlight… His clothes—plain brown T-shirt and jeans—fit his athletic body perfectly, especially the jeans…” *

“…It was a pleasure to burn. Rave smiled as he watched the tiny blue flames dance from his fingertips—the outward manifestation of the magical inner fire coursing through his body. The heat shone dimly through the bronze skin of his face and made his long, dark copper-colored hair seem to shimmer in the shadows of the woods.
…What was it about her, he wondered? Sure she was pretty, extremely so, but he had seen lots of pretty humans over the years…” *

*from Breathless, a novel by Scott Prussing

Breathless is a tale about a college freshman away from home, trying to make new friends while secretly searching for her missing brother. Along the way she falls in love with a mysterious non-human Maston guy. The story is both romantic and suspenseful. The book cover design had to illustrate youth, romance, mystery and danger.

I worked from stock images to create the characters Leesa and Rave. The author chose the two lovers in white tanks for the baseline image. He liked the intimacy of the pose and how the two lovers are holding hands. Pretty much every other aspect of the image had to change. 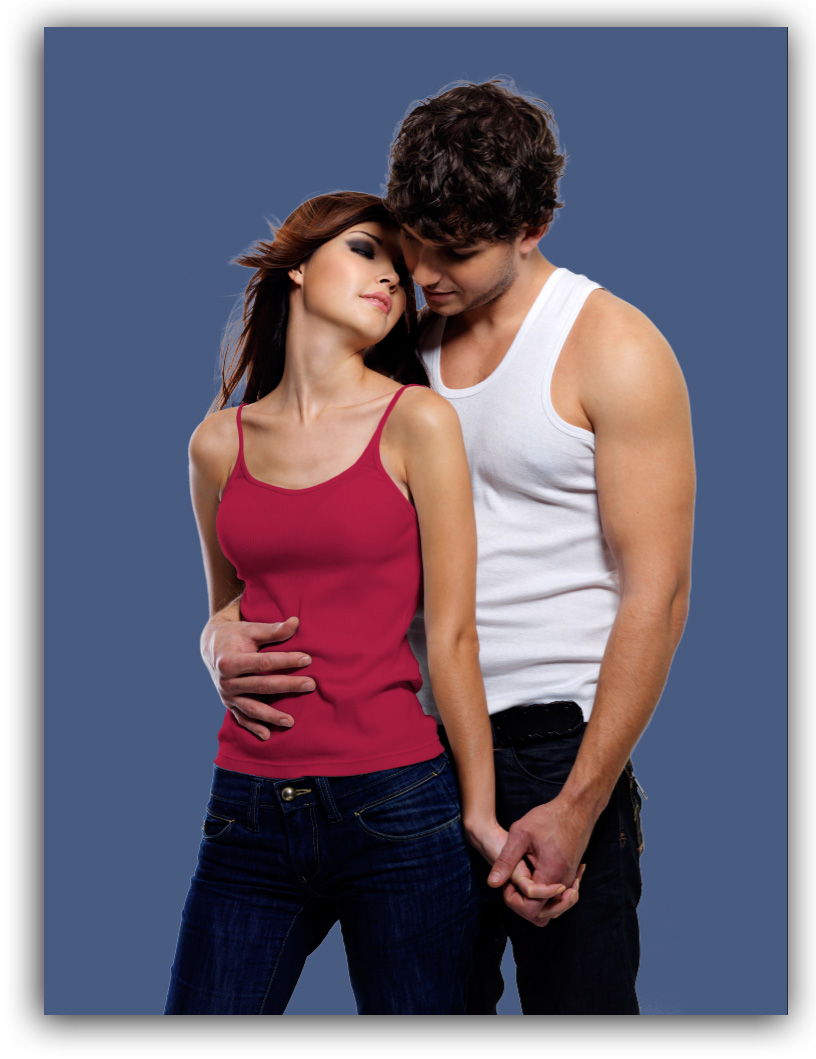 I started with the clothes. Both white tanks had to change. Changing Leesa’s tank was a fairly simple. I cloned the straps to a more feminine thin tank strap and changed the color to a dark red. The red color works to accent the story’s danger theme. Red is also the school color for Leesa’s college. 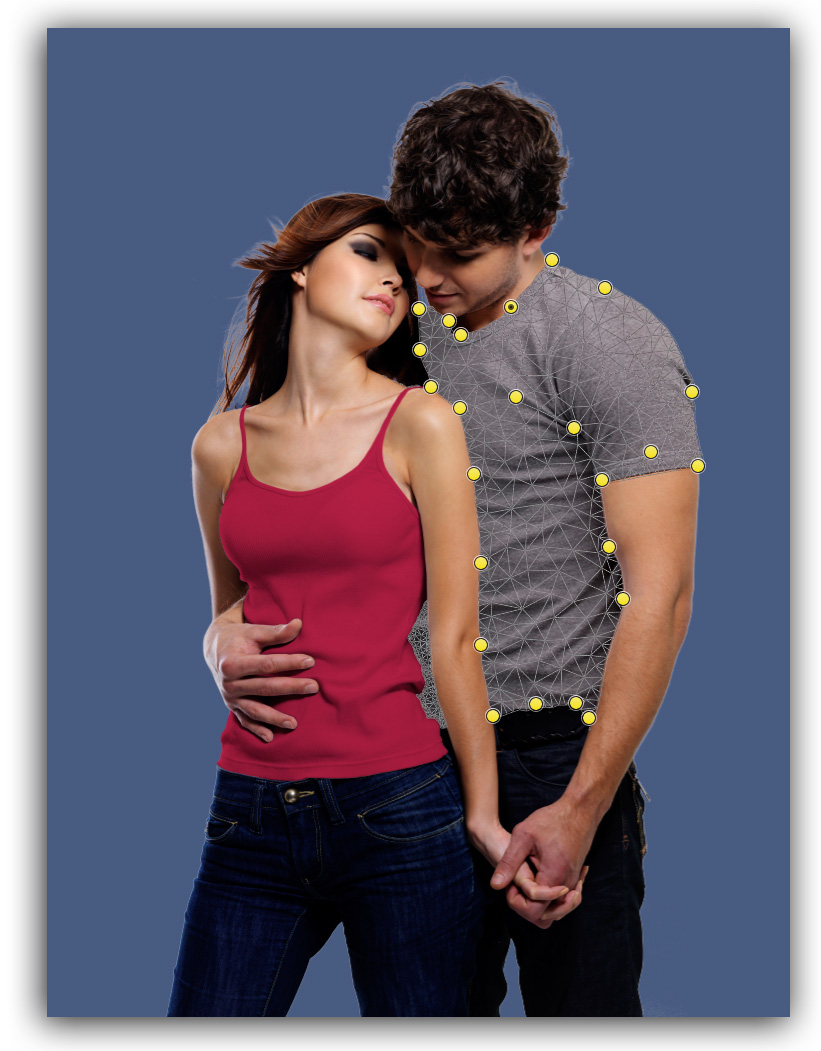 I used Photoshop CS5’s Puppet Warp to fit the gray tee-shirt image to Rave’s body. Puppet Warp made this a snap. Maybe Adobe should have named this tool Outfitter or Dressmaker, because it is the perfect tool for changing clothes. 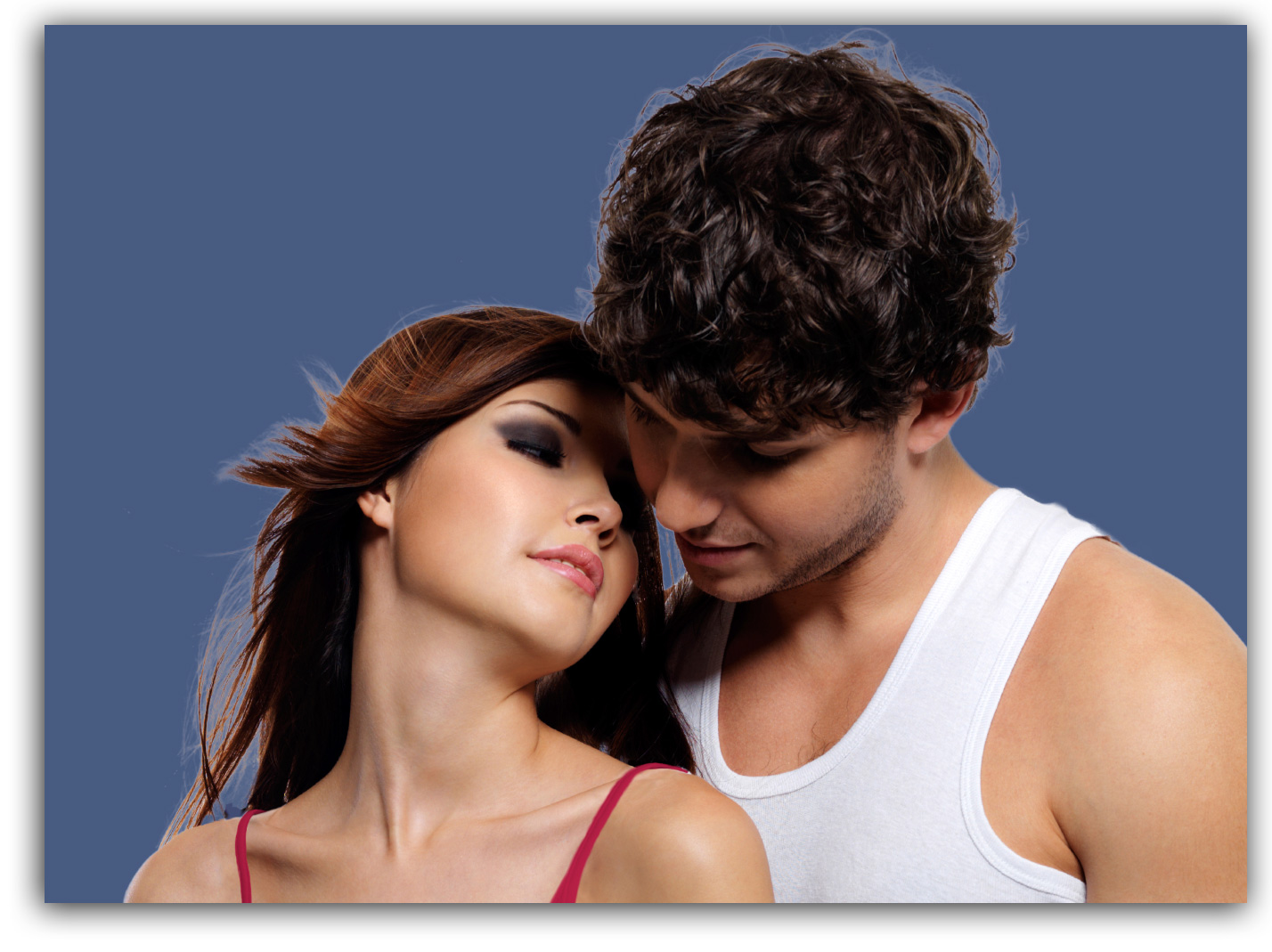 Next I worked on changing the appearance of Leesa. Her character is beautiful yet reserved. She wouldn’t wear heavy make up like the model in the original image. Leesa is also blond. 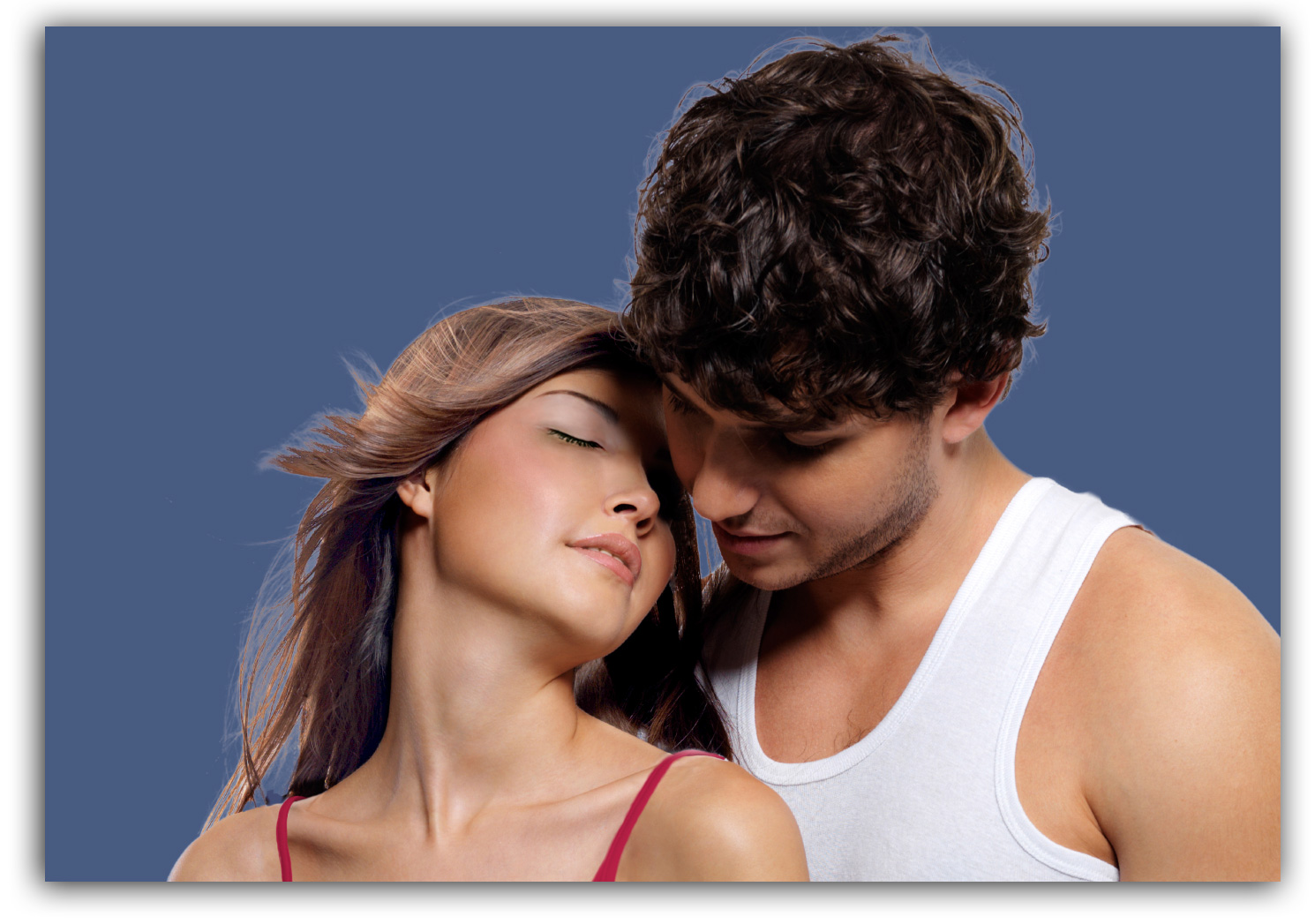 I created a new eye for Leesa, working from the other lover’s stock image, toned down her lipstick color and lightened her hair. 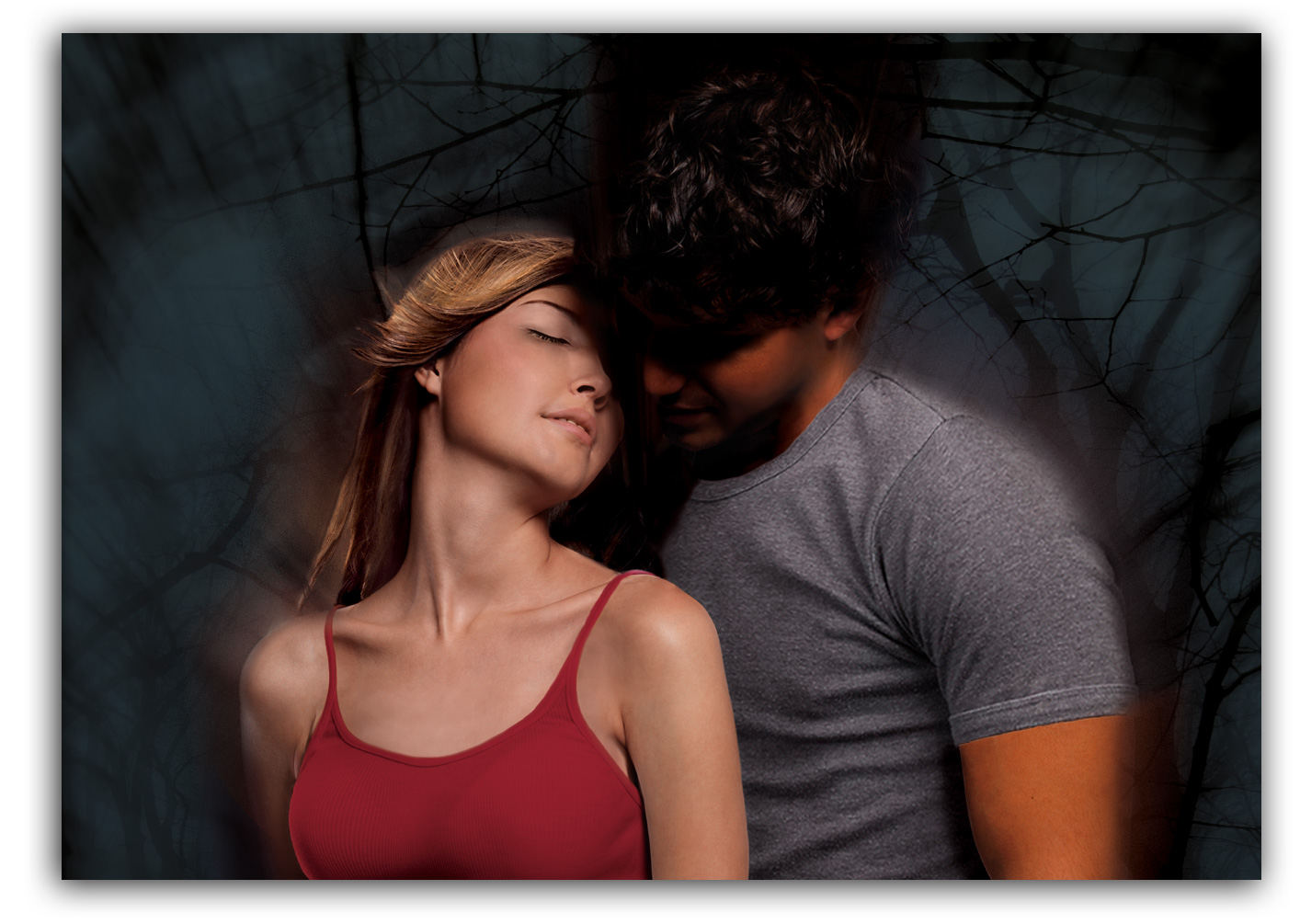 Rave needed his looks altered slightly too. I had to remove the light beard and give him a smooth bronze skin tone.
With the character edits complete I darkened the entire image for a more mysterious feel. 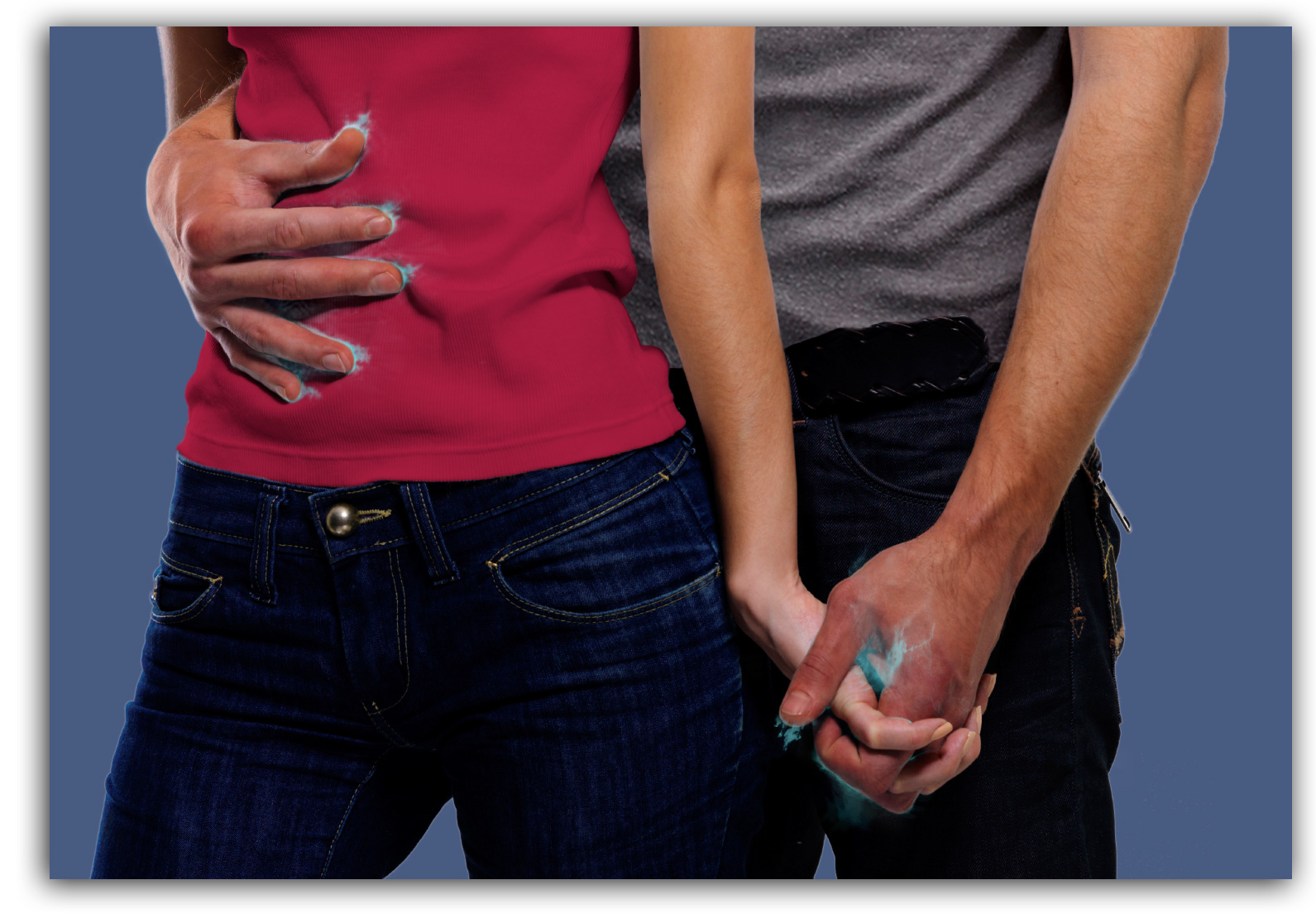 I created some custom blue flame brushes and painted his hands with small flickering flames. The result looked more like smoke than heat or flames. The overall result was way too subtle. 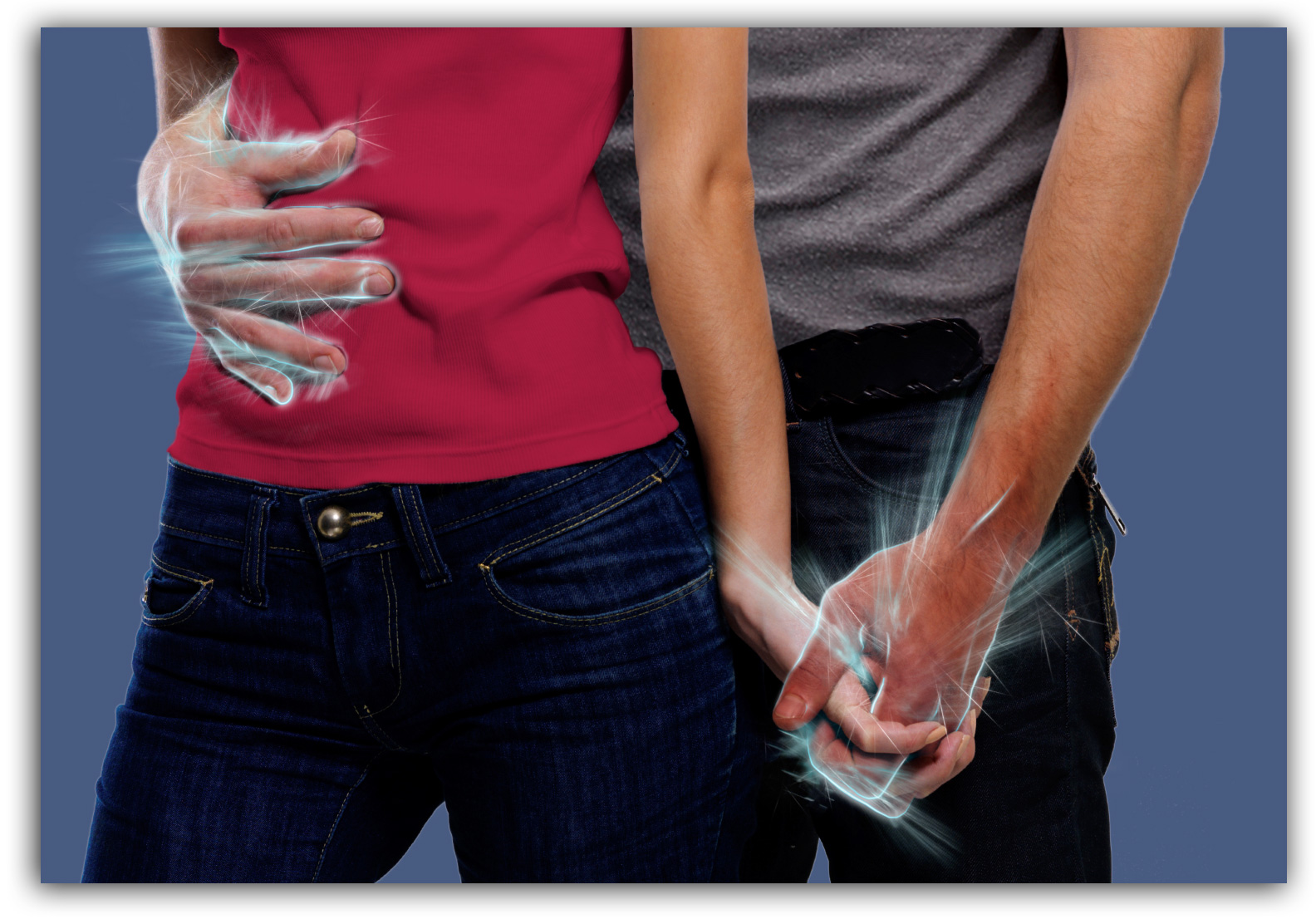 Next I went completely the other direction and created some radiating light sparks. The effect was compelling but completely wrong for the story. 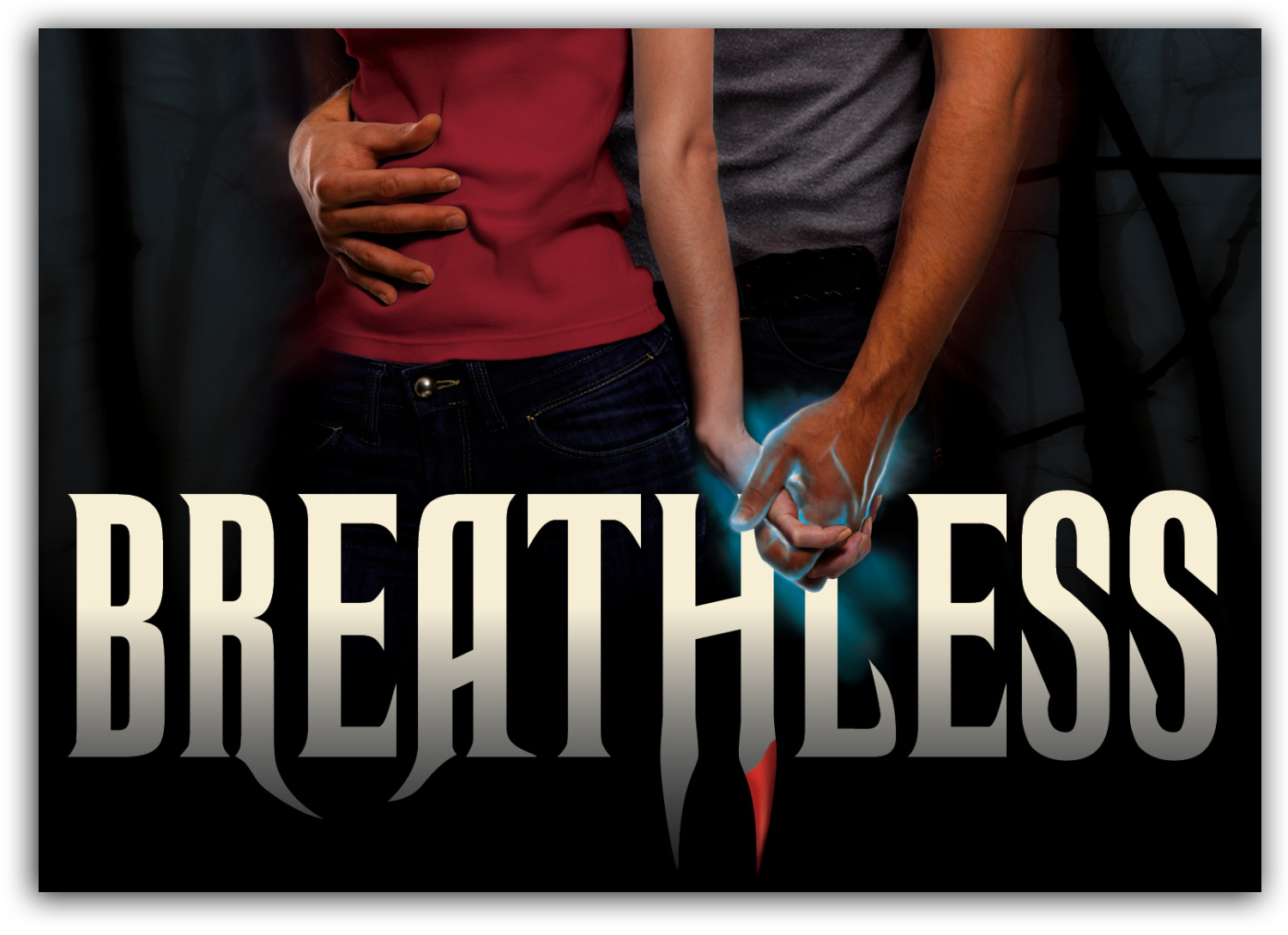 I succeeded by toning the whole look down and focusing the effect on just their holding hands. The hands pop out of the logo creating the focal point, illustrating the character’s passion and the mystery of it.

The “Breathless” logo was created in Illustrator and brought into Photoshop for some dripping blood.

You will soon be able to purchase Breathless at scottprussingpublishing.com.

Hear The Music With Photoshop

Hear The Music With Photoshop