Yes, it is crowded in New York City. Everyone knows that.

I must have been mentally prepared for the congestion, because I never really thought about it, and never felt the crush of people when I was there. Maybe that was because I was on vacation, or because I was so excited to be in a place I had wanted to visit my whole life. Maybe it was because I spent so much time looking at my surroundings through the camera lens. Whatever the reason, I just didn’t recognize the crowds until I got home and looked at my photographs, … and then I was pretty shocked.

This one from Times Square is my favorite. There are people and cars as far as the eye can see in this photograph, and everyone pictured seems oblivious of the surrounding crowd. The proliferation of billboards and signage minimizes the significance of all of the people. Everything just blends in together. 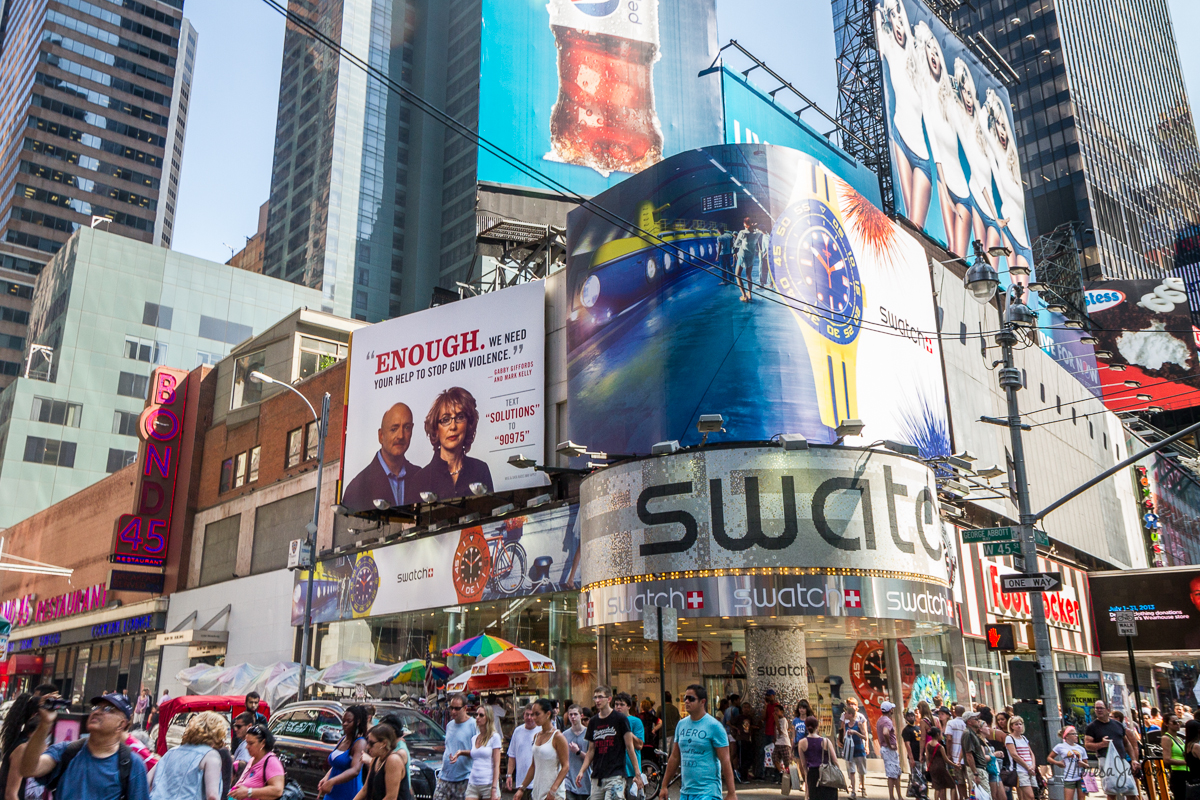 People are headed in every direction, on every street corner. 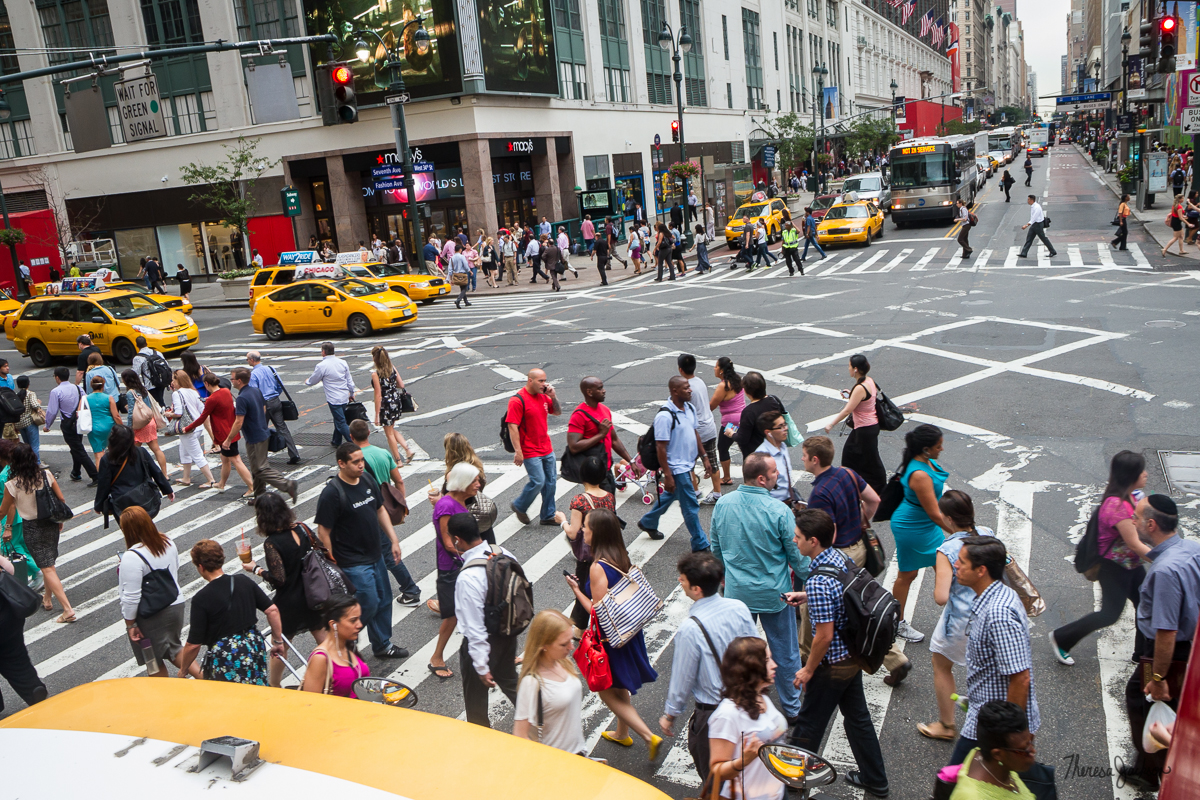 Sometimes, the pedestrians don’t even bother with crosswalks. 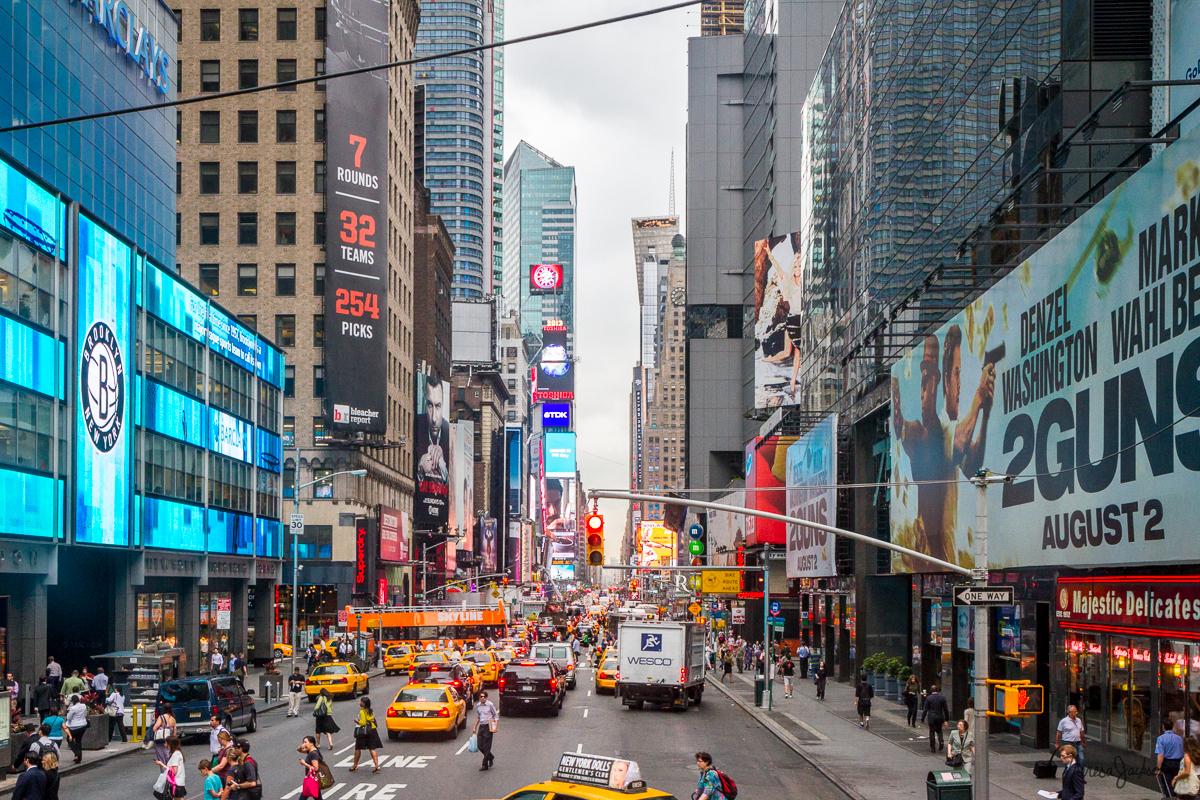 On most blocks it’s actually faster to get from point A to point B by foot. Can you imagine being a delivery truck driver in NYC? They can’t possibly be paid enough. City planners have made NYC a much more pedestrian friendly place than it used to be. Many streets have been turned into patio areas by adding a little paint and some folding chairs. After I returned home, I watched this Ted Talk which gave me an even greater appreciation for how well NYC manages so many people in such a small space. New York’s streets? Not so mean any more

We walked much of the city, but the best way to see it is from the top deck of a tour bus. The double decker tour bus also provides a great vantage point for street photography. Most of these images were taken from the top of a bus.

You can learn a lot about the city too, if you are lucky enough to get a good tour guide. This guide wasn’t one of the good ones. 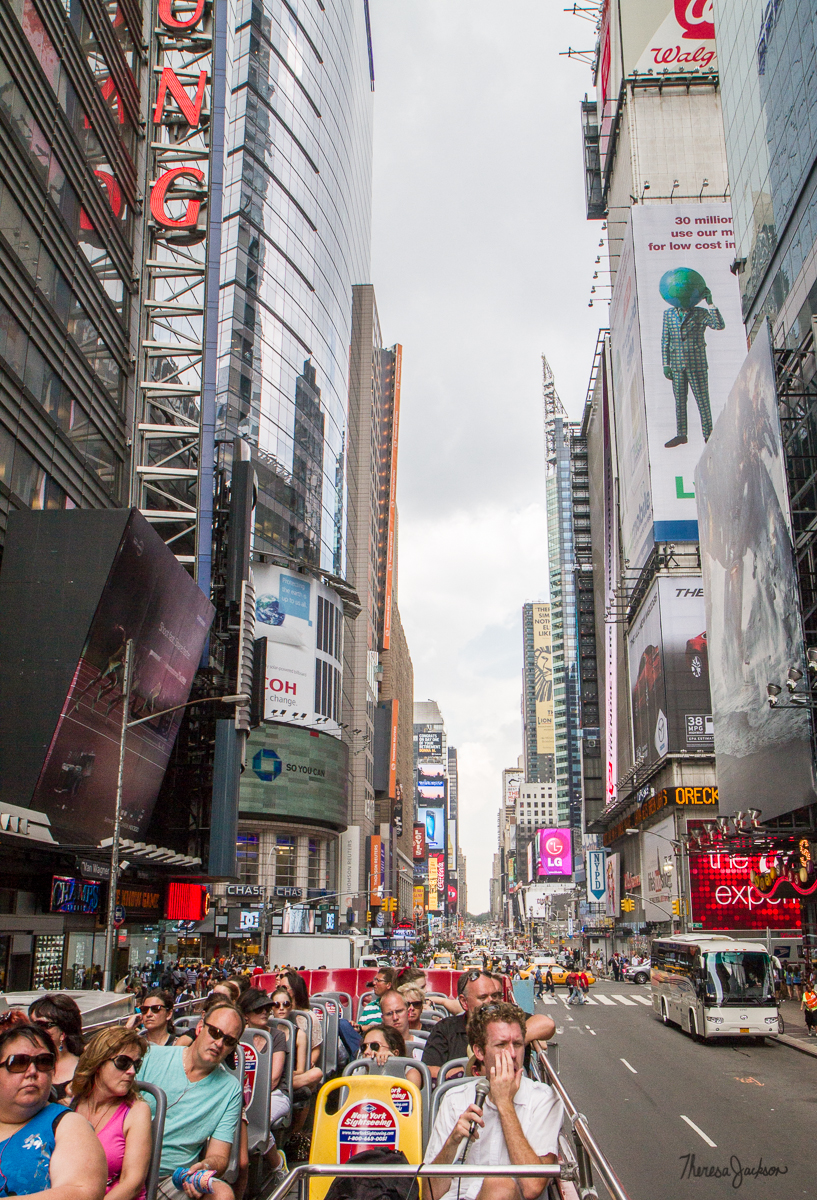 This guide was awesome. He told really bad jokes and entertained us the whole way, but he was so into his stories that I feared he might lose his head on a street light. As I revisit these images, I am taken aback by how easily I accepted the hordes, as though I’d been exposed to them all my life.  The truth is I was more overwhelmed by the sights and sounds, the richness of the blending of historical and modern, with the variety of off-the-chart sensory delights that I didn’t become truly conscious of the magnitude of the crowds, which were literally around every corner in the City.  With my oldest son now firmly rooted in Manhattan, I have a built-in excuse to return, soon, and simply cannot wait to take on that challenge. When I do, I will more consciously immerse myself in the mass of humanity which NYC provides on a non-stop basis.