Its seems completely fitting to me, to appy this treatment to a photo of the Andy Warhol Self Portrait, hanging in the SFMOMA.

I’ve always like this capture of my son Sanford observing the Warhol print. Sanford’s body language mimicks the movement of Andy’s fingers resting on his chin, and the similar hair style gives the sense that Sanford is looking at a reflection of himself.

News about Warhol’s recently recovered digital art from 1985 caught my attention and made me take pause about my own personal creative direction. There is no doubting the similarities or influence. New Andy Warhol art made on Commodore Amiga in 1985 found on old floppy disks

I think Andy Warhol would approve though. Warhol questioned consumerisim and high art by exploring iconic subjects produced by mass culture, and himself became an cultural icon in his own right. It’s easy to believe Warhol would have pioneered the world of digital art had he lived long enough. 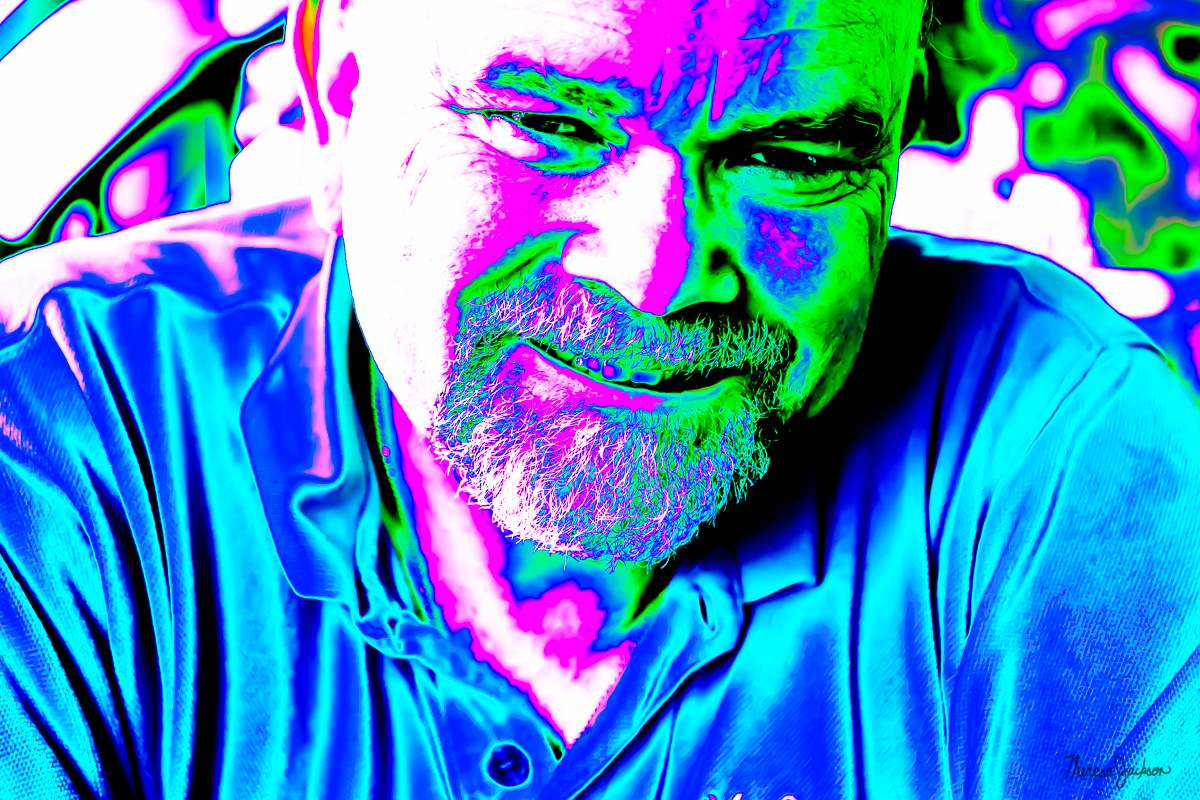 I Love Your Smile

I Love Your Smile