May Your Christmas be a Major Award

Our 2018 Christmas card is inspired by a Jackson family favorite Christmas movie, A Christmas Story. Together we recreated this scene from the movie, when Dad Parker and the whole family drinks in the “wonder” of his Major Award from one of many contests he’d participated in by mail.  His prize, the gaudiest of table lamps, is met with a broad range of reactions from each of the four family members. 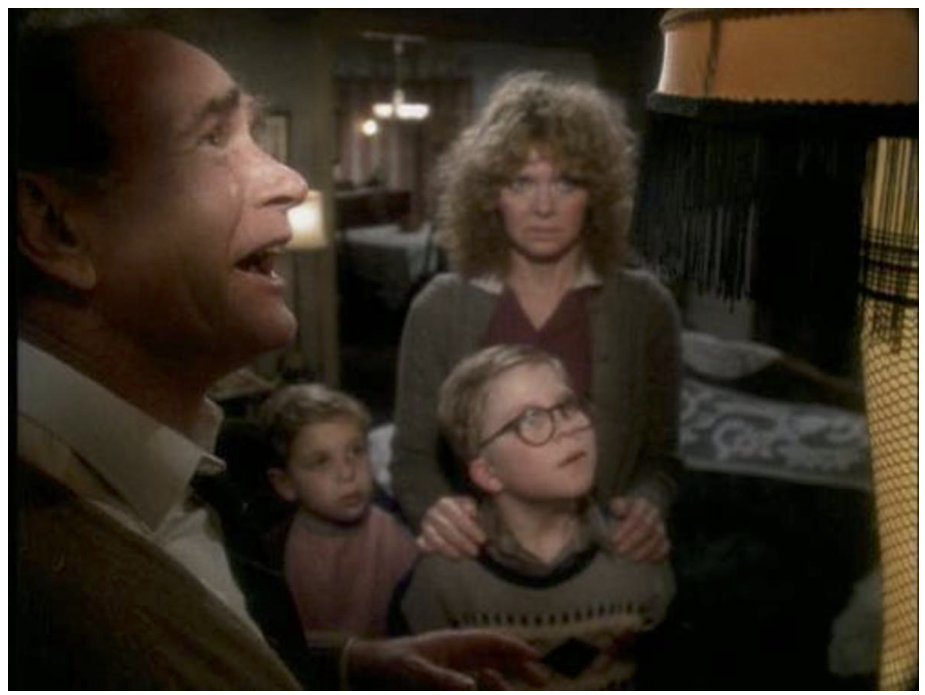 The project started with a photoshoot. My camera was placed high on our dining room table to mimic the high camera angle in the movie scene. Sanford and I went first. This took awhile, because I struggled to get the right look on my face. With a lot of coaching from Sanford and Blaise, I managed this. They told me to conjure up a look of “guarded revulsion, not anger”. 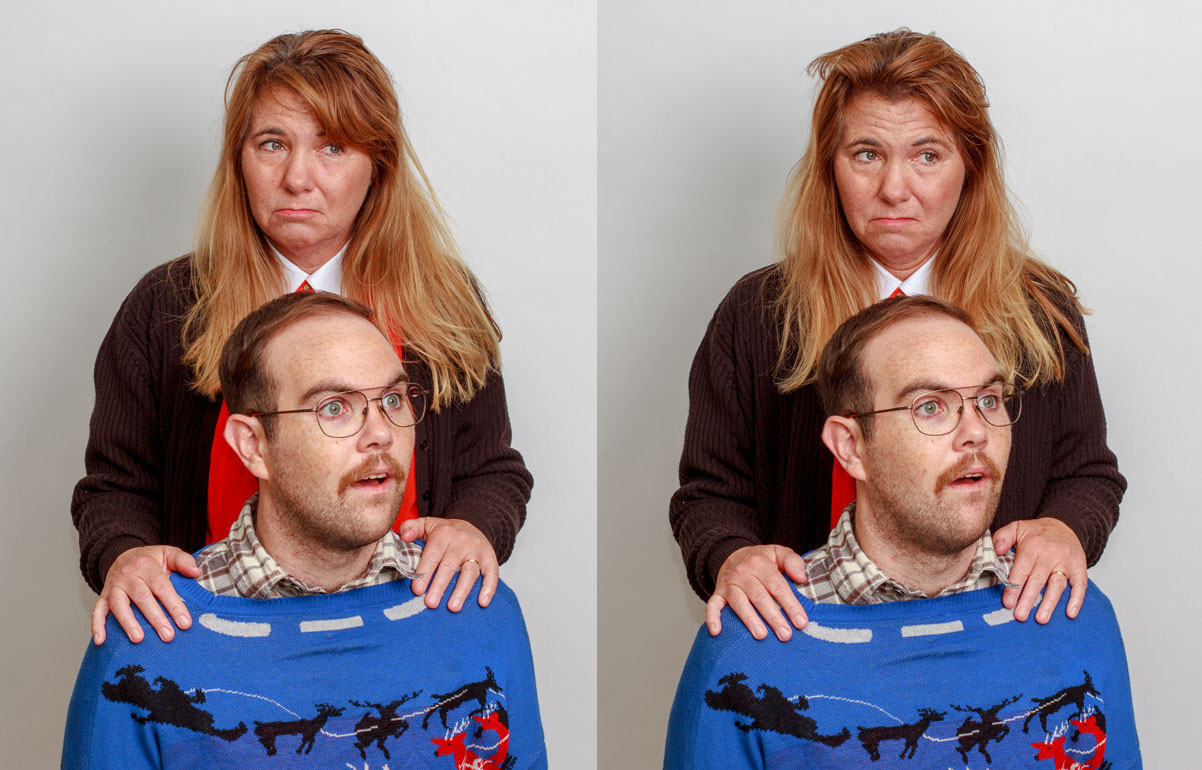 In the end I liked Sanford’s face in the left image and mine on the right, so with some Photoshop magic I combined the two.

Brendan and Blaise got their looks down on the first try. It took zero coaxing to convince Brendan to wear a bib. In fact he went and borrowed it from a good friend. 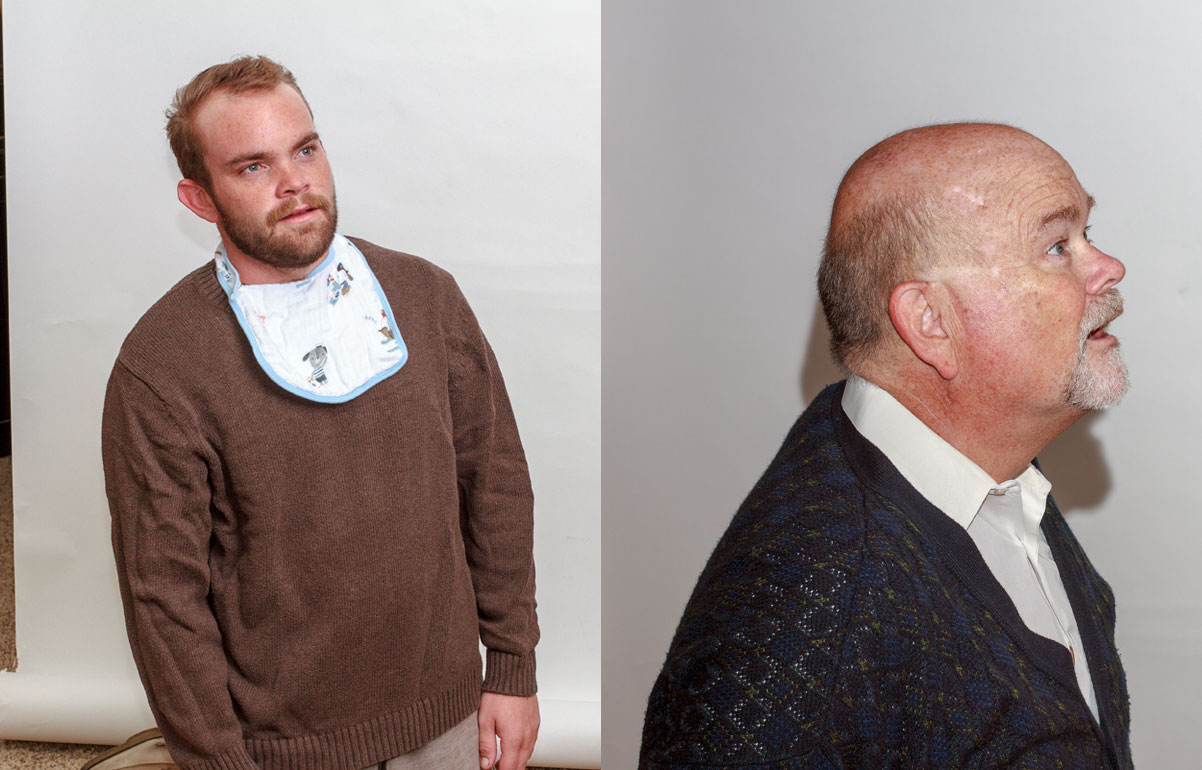 Putting us together in the scene was pretty easy. Getting the color tones correct for a 1940’s era story took a little more work.

The background scene was created by blending a few screens from the movie, captured just after Ralph and dad exit the room. It took a marginal amount of Photoshop retouching to remove enough of Randy and Mom Parker to fill in the background. 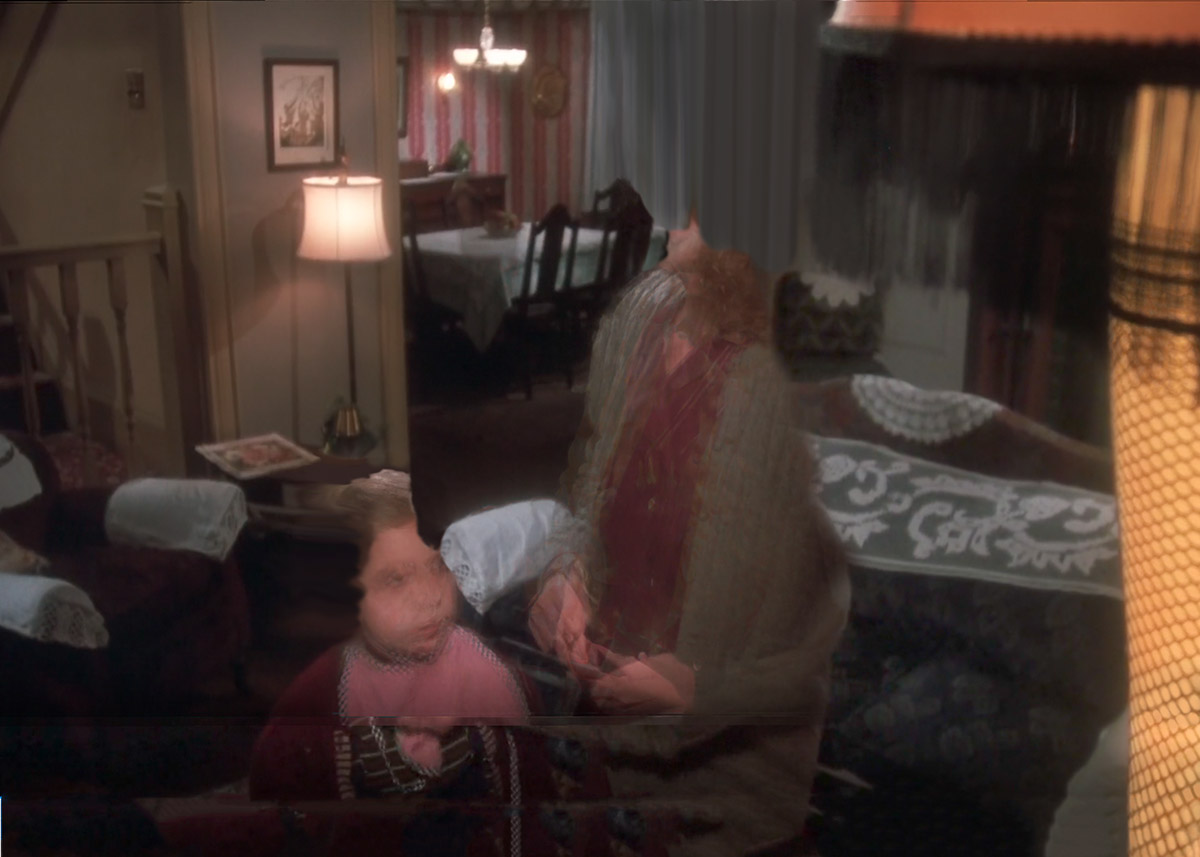 In the final image,  the discerning viewers will notice a significant difference in Sanford’s glasses. Dissatisfied with the prop specs he wore for the shoot, I first retouched his image to remove the prop glasses, and then re-drew them in a way which better matched Ralphie’s from the movie. The added “reflections” in the “lenses” were another bit of Photoshop magic which made the final product that much more fun.  While this effort wasn’t quite so extravagant as our most fun card ever (2008’s Sgt. Pepper satire), it felt like the most creative one since that effort. Hope you enjoyed the image and this explanation as much as I did creating it. If you haven’t seen the movie, you should.

Merry Christmas and Happy Holidays to all! 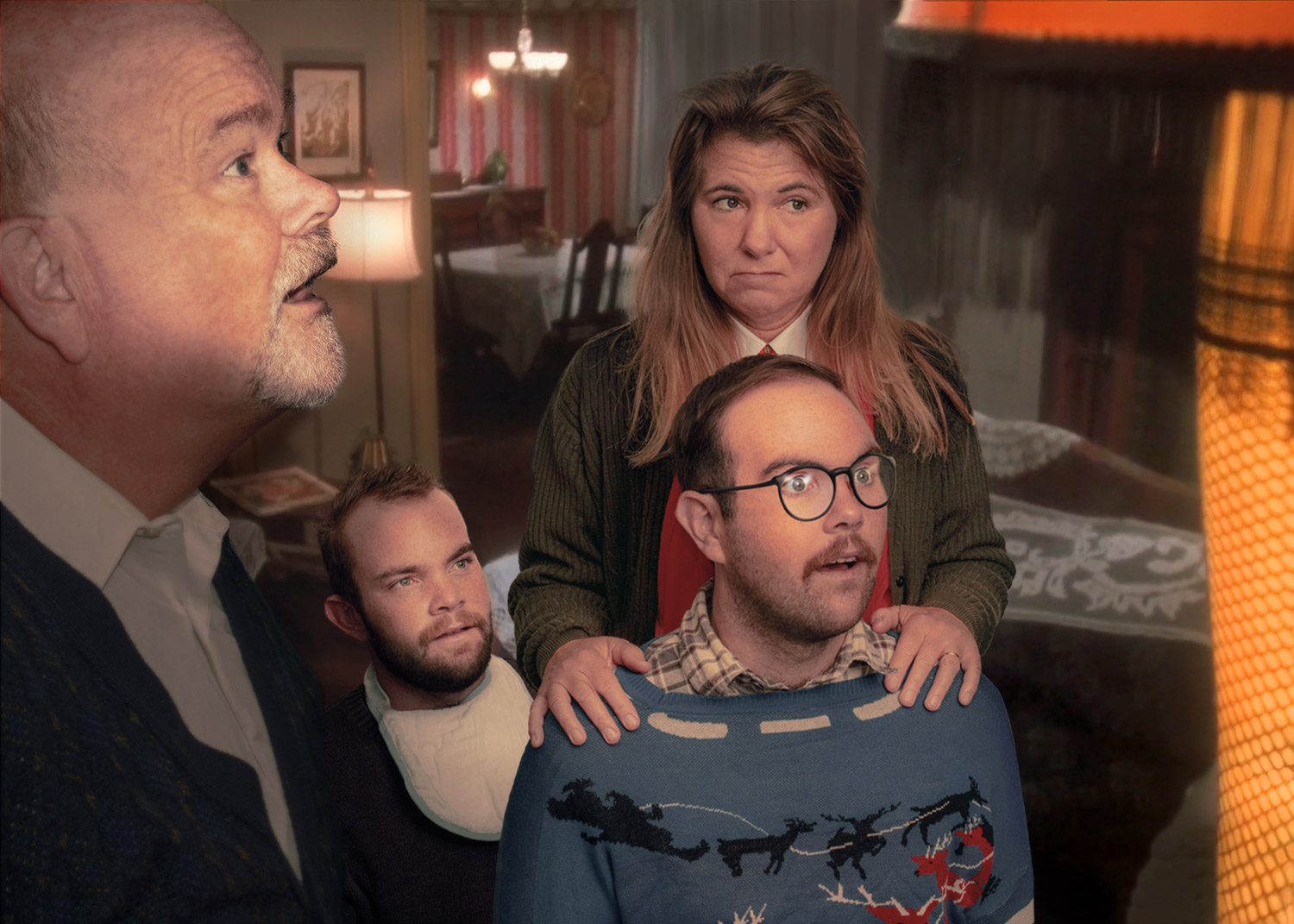 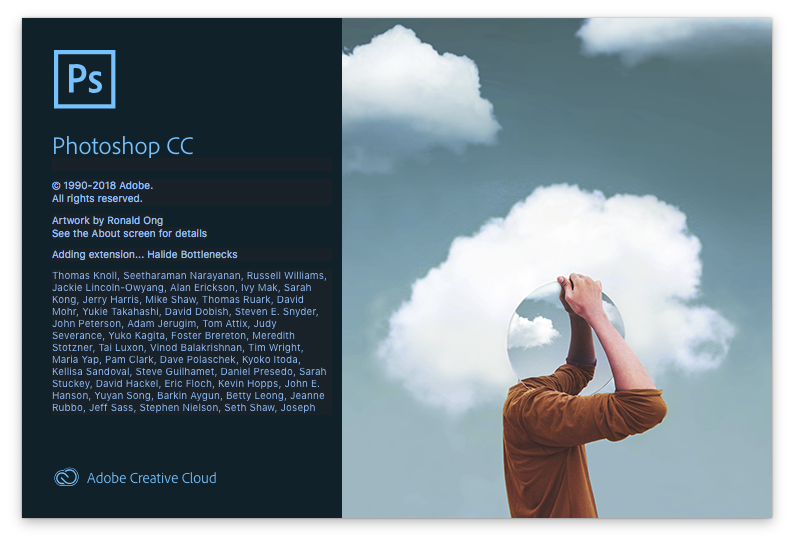