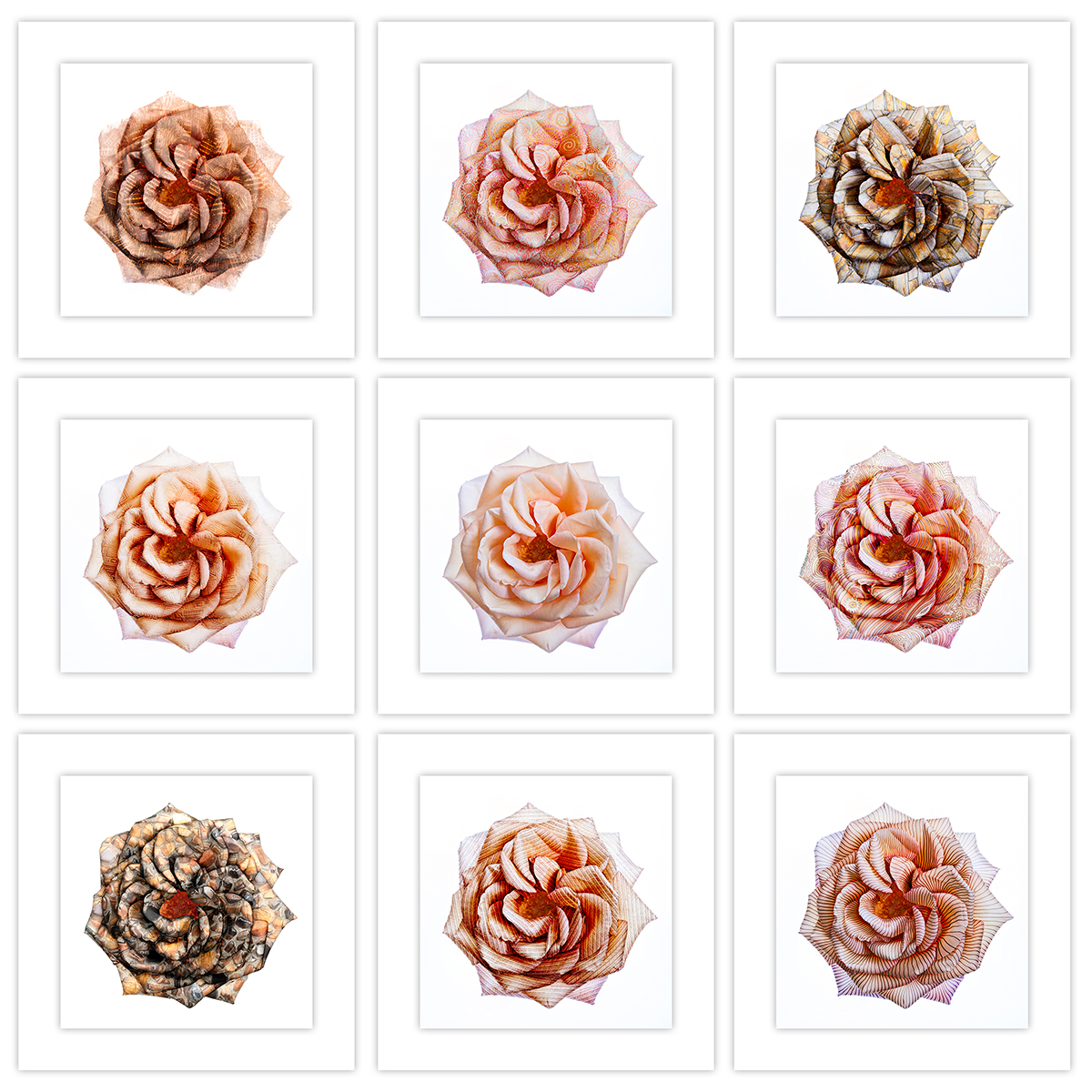 There is nothing worse than a sharp image of a fuzzy concept.
– Ansel Adams

Sometimes I just want to make a pretty picture for the sake of it being pretty. Does that make it a fuzzy concept? This is the question I explore with the Rose Garden series.

I started with a rose from my garden, because the rose is a  universally recognized object of beauty. I photographed it on a lightbox and used focus stacking to get a perfectly sharp image.

The exploration of beauty is contained in the object itself. I didn’t want it influenced by background, environment, color or lighting. Would different surface patterns and textures change the beauty of the object, or the way we perceive it? Could I make the rose prettier? Could I make it less pretty, or maybe even ugly? How will the images relate to each other? Will viewers choose a favorite? I wrestled with these thoughts while creating the images.

Is the pursuit of beauty in art a fuzzy concept? What would Ansel Adams say?

The Rose Garden series will be on exhibit along with other patterned digital art in the That’s Not Photography show in Balboa Park, August 28 – September 9.